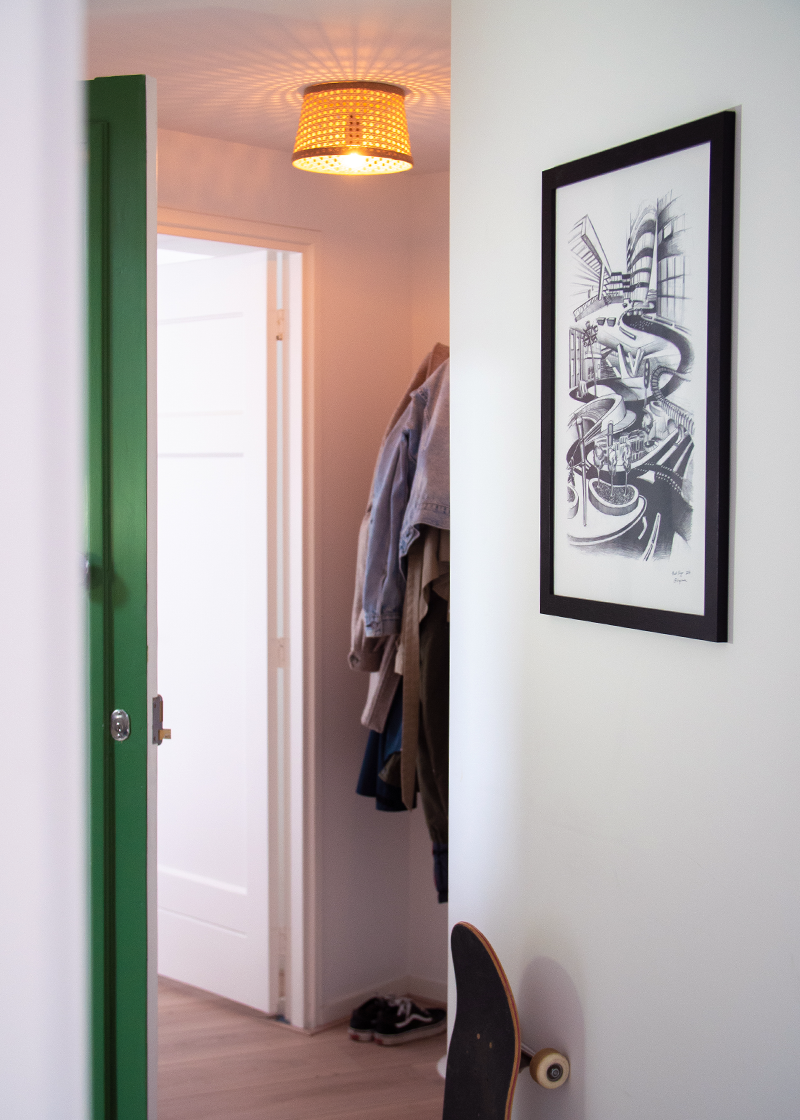 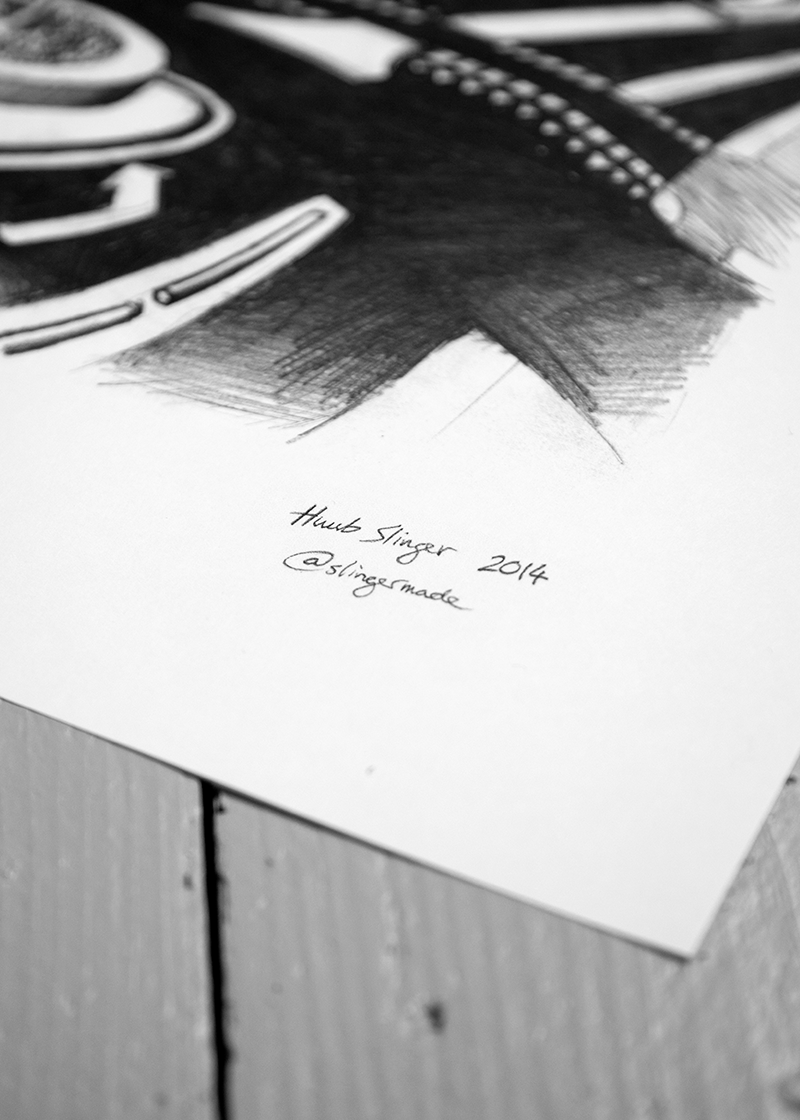 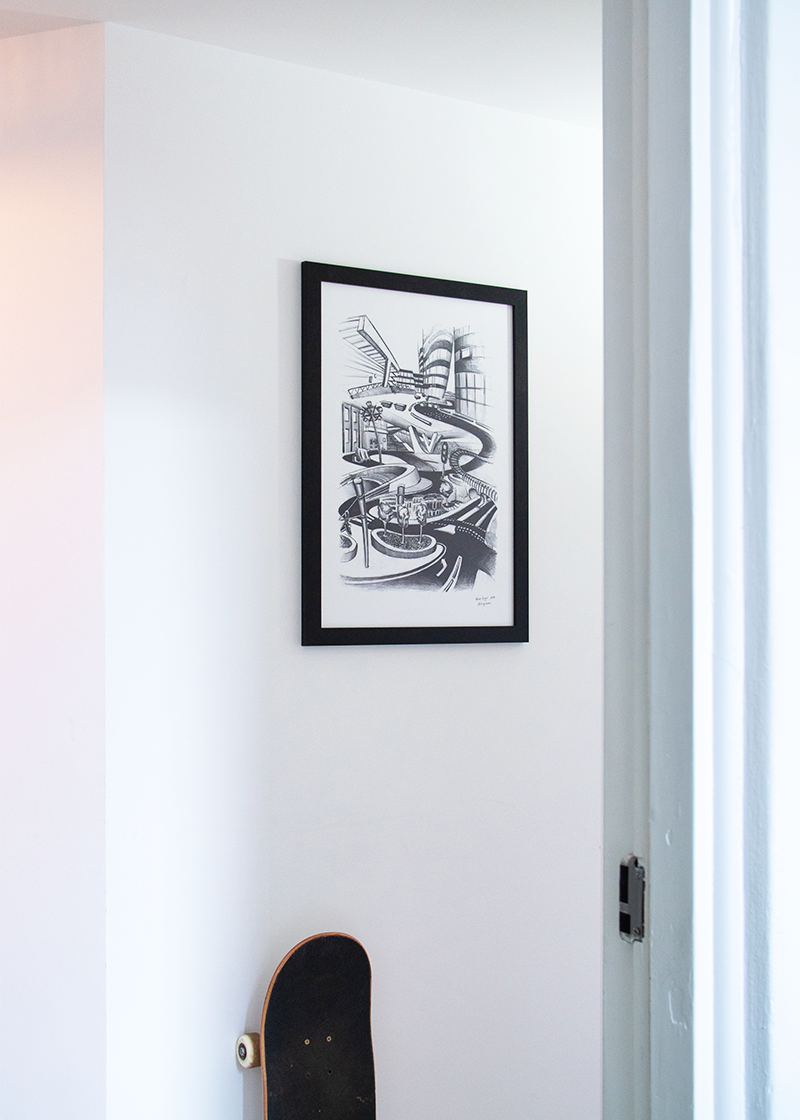 Before the new central station and Provincie square were completed. The most known skatespots of Arnhem were the ones surrounding the central station. From the World Trade Center building on top of the station all the way downhill towards music podium Willemeen. If you cruised from the World Trade Center on top of the station towards music podium Willemeen you'd be able to skate a variety of spots on your way. For example the Double Banks at the taxi point and Blue Bank on top of the garage entry.

Back in 2014 this print was drawn on a sheet of A3 paper to use in a screenprinting course. Now after the new central station and the Provincie square added new skatespots to Arnhem this drawing became a historic image of skateboarding in Arnhem.

So it made sense to release it as a print for those who have memories of those times or ofcourse also for those who just like the look of it!

This product is out of stock.
Product is not available in this quantity.
0

No items found.
Product is not available in this quantity.